Another very brave injured worker shared his disturbing story with us. He was severely bullied in his workplace to the point where he was shot with a staple gun by a fellow employee! His workcover claim was initially denied, courtesy of a very biased ‘investigator’s report’. With the help of a law firm he finally managed to have his claim accepted, only to discover that his lawyer had coerced him to sign an “agreement” and since then the poor and exasperated injured workers has been going through an all too familiar nightmare of insurer’s bullying tactics, delays and denials…

The injured worker’s story in his own words

I was assigned to work with a young boy and assist him in everyday tasks.
I soon understood that I was there to take him over, he was the classic drug/alcohol addicted,lazy, incompetent, uneducated, rude etc. etc.

Things went wrong since the first week, the drug boy came back from lunch break and he was too excited and unreasonable, he usually go together somewhere with some others and when they’re back they all appear irrational and too crazy doing things like dancing inside caravans with car stereo maximised volume, swearing, damaging goods, making mistakes and bullying others, they were there just to have fun.

I was working inside a caravan, the young boy came in and started shooting toward me with an industrial staple gun, the staples were like 4cm long.

I did my best to protect myself and raised my arms on my head and face, I left the caravan and the idiot kept on shooting and laughing.

I informed the Supervisor who seemed to know the behavior of that young guy and he appeared p*ssed off and disturbed.

After about 20 minutes the young boy came and blamed me for telling everyone, he was really upset.

I’m not going to tell the whole story because it’s too long, but the young boy was sacked as well as nearly all his follower friends, they one by one after bullying and insulting me were sacked but some were still there bullying me until I had to leave the place.

[Around one year later]  I made complaint to Police and asked to have a report so I could make application at Victims of Crime, Police refused to do it saying they are too busy and even if I had a witness they would NOT support me.

I made a formal complaint to the Ombudsman, later had meeting at Police and we discussed the issue late they sent me letter saying I was happy with the outcome (but I was NOT) so the issue was resolved, it meant NO REPORT!

I had to change GP because my Doctor didn’t want to deal with workcover issues “it’s too much headache”.

The new GP diagnosed me with medium to severe mental health illness and issued me a Certificate of Capacity.

I sent it to my Employer but later they called me and said my position was no more available.

They didn’t acknowledged my claim so I had to inquire WorkSafe then the insurer [name] which confirmed the Employer didn’t submit my claim.

[The insurer] accepted my claim and sent me to an independent (LOL) Psychiatrist for assessment while I was being treated by my GP also taking various medicines including anti depressants and waiting for the first appointment with a Psychologist.

Suddenly [the insurer] sent me a letter stating my claim was rejected because I wasn’t taking medication, also “because of the independent investigator” report. I thought what???

The investigator was a bullying old lady from [omitted] who was clearly biased and blamed me for things I told her happened at workplace, her report was also misleading I had to read and re-read before signing it because the pig lady made the report look against me.

It wasn’t what I told her but something against me.

By the way, we went to [Conciliation] and that was a fully wasted time and effort, [Conciliation] representative did no more than recommend me to go to a Magistrate Court. What a waste of time at [Conciliation]!

In the mean time I kept going on with the health care program, I exhausted the allowed sessions Medicare pays for Psychologists so I had to pay some bills by my pocket then I stopped it.

I am lucky I pay a premium health insurance so I was able to be enrolled in 2 different mental health programs from a private clinic.

I contacted a Lawyer firm, [firm name omitted], I explained my case and the owner told me that my case was strong so we initiated the long fight.

Finally came the time to go to Magistrate Court, my Solicitor kept on dealing with the defendant to try to achieve an agreement without going to Court but [the insurer]  was just too stubborn.

My Lawyer called me back before the Judge and said that we won and that [the insurer] accepted to pay medical expenses and weekly wages.

So far so good my Lawyer insisted many times for me to accept the agreement because it was a good option so I signed it.

Since then it has been a nightmare, I had to make too many requests to the Lawyer because [the insurer] delayed the payments or used silly [tactics] to make mess on the mess and delaying entitlements and refusing to accept treating Doctors’ or clinics requests for billing.

They rejected most of the bills without giving a clear explanation and now [he insurer] has again stopped weekly payments.
[The insurer] DO NOT pay travel expenses, it doesn’t matter how loud you tell them!

I feel like my Lawyer betrayed, he worked to best suit [insurer] NOT me!

He still holds some of my money and after I made too many verbal requests to have it back, lately I sent a formal letter asking for it and asking to end the deal so after that no more feedback from the firm.

They convinced me to sign an agreement just minutes before Magistrate Court allowing [the insurer] escape charges and now they are bullying me.

[Insurer] has planned to stop my weekly payments and has used baseless tactics and LIES to do so, they do not respond to my replays and to practitioners asking approval for billing and next step is to close my claim although I’m still in need of medical treatment and enrolled in mental health program.

Because of the [insurer’s] bullying I’ve had again suicidal thoughts, I was trying to forget my problems and keep my brain busy but now I’m again struggling, I’ve again to pay a Lawyer and now my issue is even more complicated!

My issue in still ongoing and this is just a brief of what is happening to me.

Thanks in advance for support and thank you so much for your bravery and your resilience!

[Post dictated and manually inserted on behalf of workcovervictim]

Other Posts of interest 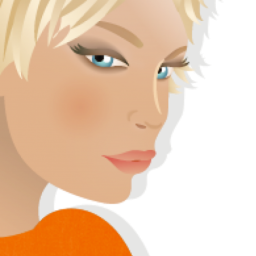 View all posts by WorkcoverVictim →

The only way we all can help change the Compensation System is by helping each other survive it.
WorkCover insurance companies have been intentionally ruining peoples lives to protect the almighty dollar. Why? We let them do it to us without saying a word! Why is this site so important?

Someday you or a loved one may be face to face with the WorkCover system and their Illegal activities, knowledge is your best defence. This site will help you navigate through the murky waters of the workers compensation system, and whilst my experience with workcover occurred in Victoria (Australia), I sincerely believe that it crosses all states and even borders with respect to the insane challenges and nightmares that a workplace injury can create

Our WorkCover system is really not concerned with trivial issues such as human despair, grief, or hardship. The system and their insurers' main goal is to reduce liability at any cost...not to feel sorry for injured workers or even dead people's grieving relatives. We wish more people were aware of how injured workers are really treated by WorkCover and their agents. At a time when we are least equipped to cope, we are most abused!

The only way we all can help change the Compensation System is by helping each other survive it!

Why is this site so important?

Someday you or a loved one may be face to face with the WorkCover system and their Illegal activities, knowledge is your best defence. This site will help you navigate through the murky waters of the workers compensation system, and whilst my experience with workcover occurred in Victoria (Australia), I sincerely believe that it crosses all states and even borders with respect to the insane challenges and nightmares that a workplace injury can create

Injured workers are not problem people, we are people with a problem!

The only way to protect yourself is know your rights and how to exercise them!

YOU COULD NOT ASK FOR BETTER WORKCOVER LAWYERS!

Being on WorkCover has far ranging destructive effects on so many injured lives - that was the CATALYST and is the purpose of this site.